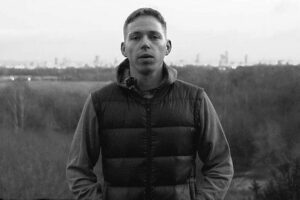 Manchester grassroots coach Culain Wood perfectly sums up what the return of grassroots football means for kids and parents are thinking with viral poem. Culain shared his video on Facebook, where it has since been watched more than 50,000 times.

Culain Wood’s poem about the return of junior grassroots football has gone viral!

The countdown is on for a return to grassroots football at the end of the month. Kids and parents are frantically scrubbing boots and washing bibs in order to prepare for a return to action, with the government announcing last week that junior sport can return in late March or early April.

The news will no doubt be welcome to the thousands of budding footballers who have endured a heavily disrupted 12 months due to Covid 19 restrictions preventing them from playing regularly.

One football coach from Salford in the North West, has summed up the widespread excitement at the return of junior football with a brilliant poem that has gone viral on social media. Culain Wood, also spoken word artist, shared the video on Facebook, where it has since been watched more than 50,000 times.

Here is the stirring opening few lines from Wood’s poem…

Grassroots footballers from across the nation, It’s time to turn off the X Box and the PlayStation

There’s not much longer to wait, at last we have a date

From the parents who just can’t believe their eyes

Since they last managed to get onto the grass, or the astroturf and played a pass

To their pal, their friend, someone on their team, a different kid with the same dream.

Wood runs Hyde United juniors under-15s in Manchester and, speaking to the Mirror, said that he felt the poem was the best way to sum up the excitement of everyone involved in kids’ grassroots football.

“I’ve always done the spoken word stuff,” he said. “It’s something that I love and whenever the world is back to normal, I’ll start doing open mic stuff again.

“I think it’s because I’m a frustrated musician! I can’t write music so this is the best way of expressing my feelings when I’ve got something to say. The poem combines my passions for the spoken word and football. I’ve never known a poem come to me so quickly. I think I wrote it in about half an hour.”

Wood has run his own boys’ team for the past 10 years, coaching his current side all the way up from under-6s level at a different club before they moved to Hyde United two years ago. After playing at a junior level, Wood realised in his early 20s how much he missed it and opted to return to the game in a coaching capacity.

“I played grassroots from about six to open age but had a bad injury when I was 15 or 16,” he said. “I wasn’t in football for about five or six years. I missed it so much that in my early 20s I went back to the team I played for and started coaching. It’s so rewarding. It’s a great community. I remember much more fondly all the things my football coaches told me more than anything my school teachers ever did. Football and sport is so important for the kids.”

Now 32 and a father of two daughters, Wood says he has had to get creative in order to keep his team engaged during lockdown.

“It wasn’t so bad during the first lockdown as it was still a bit of a novelty, but this latest one has been tough,” he added. “We’ve been keeping them together online, looking at their highlights and best goals of the season and things like that and my assistant has given the lads fitness plans to work on.

“There’s such a sense of excitement building now that we’ve got a date to return. We’ve only got one training session and then it’s our first match. We’re all raring to go!” 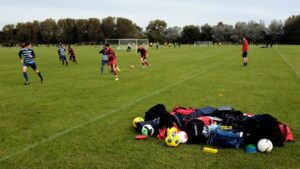 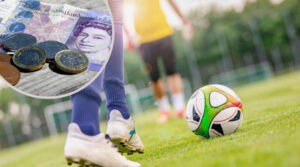 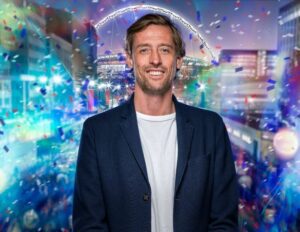 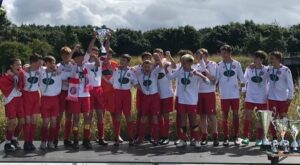 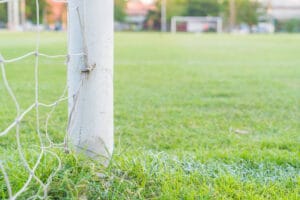